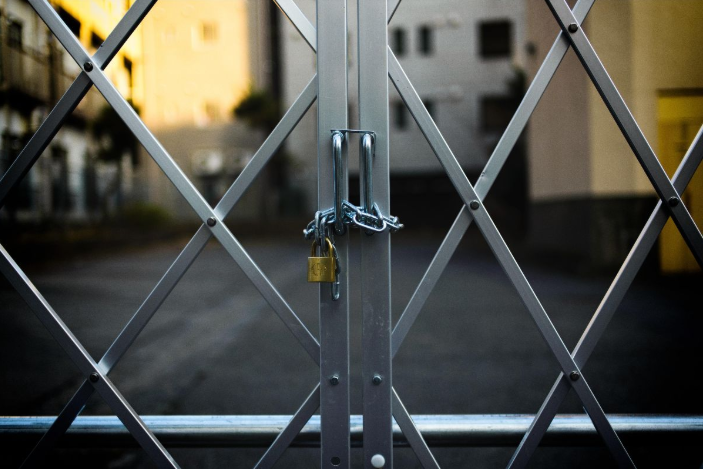 SHE Fellow Aiesha D. Little discusses jazz, gatekeeping and staying true to yourself in any fandom.

I was a teenager when I started to like jazz. In high school, my marching band director played John Coltrane and Miles Davis in his office, the notes wafting in and out of our practice room during our breaks. I bought jazz CDs through that Columbia House CD Club scam when I was in college and by the time I was in grad school, I was crate digging for jazz on vinyl at local record shops. However, it wasn’t until I got deep into the Cincinnati jazz scene that I fell in love with the art of the live jazz show…and subsequently learned what gatekeeping was.

It’s hard to explain the feelings I catch when I attend a live jazz show with really good musicians. I’ve often wondered if the feeling that bubbles up in my chest when a band plays “Naima” or “In A Sentimental Mood” is what love feels like. How do you calm the adrenaline rushing through your veins when a band gets into a tune and is really swinging? For about five years straight, I lived and breathed jazz, and attended countless live shows. I’ve been to the holiest of hole-in-the-wall bars for live jazz. I’ve sat cross-legged in the living room of a one-bedroom apartment for live jazz (shout out to Al “Bug” Williams and The Loft Society). I’ve braved language barriers alone in a foreign country for live jazz. And now that I don’t go to as many shows as I once used to, I’m amazed at how much jazz fanboy policing I put up with all those years.

FYI Old male jazzheads are as bad as comic book fanboys when it comes to the music they love. If you let them, they will grill you about your knowledge of jazz, roast you when you get something wrong and mansplain everything. As a result, I studied jazz albums like it was a college course I needed to pass in order to graduate. I could name all of the personnel on most tracks, identify a quote (the playing of a well-known refrain from one song during an improvised solo on another) and commune with them about popular jazz pilgrimages that we’d all made across the country. I hung with musicians and other jazz fans, critiquing the new music and waxing poetic about the old. But I was never quite able to get them to forget that I was a woman. I was one of a handful of women who came to shows regularly and the youngest one by at least a decade so, of course, some thought I was trying to bag one of the musicians. I thought that if I got good enough with the lingo and the studying and what have you, those old jazzheads would respect that I was there for the music just like they were. Not sure if I ever got them there. (And when you have popular artists like Robert Glasper insinuating that women can’t “get” jazz the way men do, will any woman ever be fully accepted as a true jazzhead?)

When I started to really let me geek flag fly a few years ago, I promised myself I wouldn’t take what others thought about what I did or didn’t know about the things that I enjoyed so seriously. I’m happy to report that I have mostly stayed true to that promise. I don’t want any men that I encounter in nerd/geek spaces to forget that I’m a woman. I don’t need them to allow me into their “inner circles.” When you “well, actually” me, I will shut *hand clap emoji* you *hand clap emoji* down *hand clap emoji*. I will like the nerdy/geeky things that I like—whether casually or hardcore—and no one will make me feel like I’m not worthy of enjoying them. That is my manifesto. Ultimately, I think I have my jazz education to thank for this attitude. It’s made it a lot easier to navigate spaces where nerdy/geeky mouth breathers are waiting around every corner to rain on my parade. So salud, old jazz heads. Salud.

A version of this post first appeared on the Midwest Black Speculative Fiction Alliance blog in March 2017.