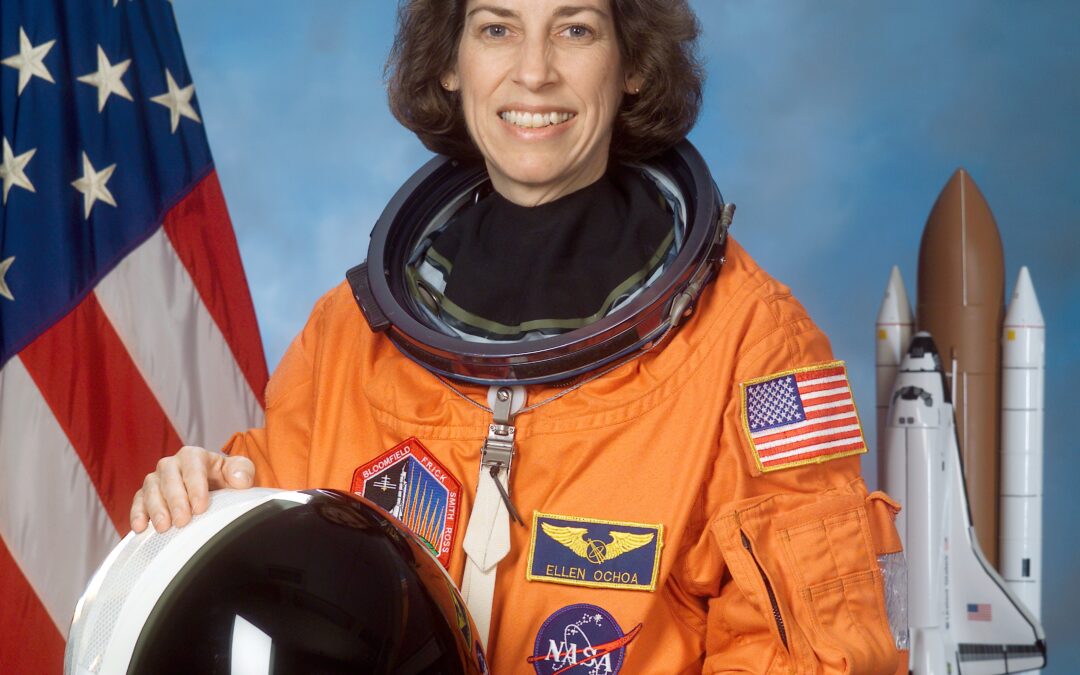 We’re honoring Hispanic Heritage Month (Sept. 15-Oct. 15) by featuring a member of Latinx community. First up: engineer/former astronaut Ellen Ochoa! Ochoa studied electrical engineering at Stanford University, earning a master’s degree (1981) and a doctorate (1985). A specialist in the development of optical systems, she worked as a research engineer at Sandia National Laboratories and at the Ames Research Center of the National Aeronautics and Space Administration (NASA). She helped create several systems and methods that were awarded patents, including optical systems for the detection of imperfections in a repeating pattern and for the recognition of objects. In 1993, Ochoa was the first Latina to go to space when she served on a nine-day mission aboard the Space Shuttle Discovery. She became the director of the Johnson Space Center in 2012, making her the first Latina and the second woman in the job.