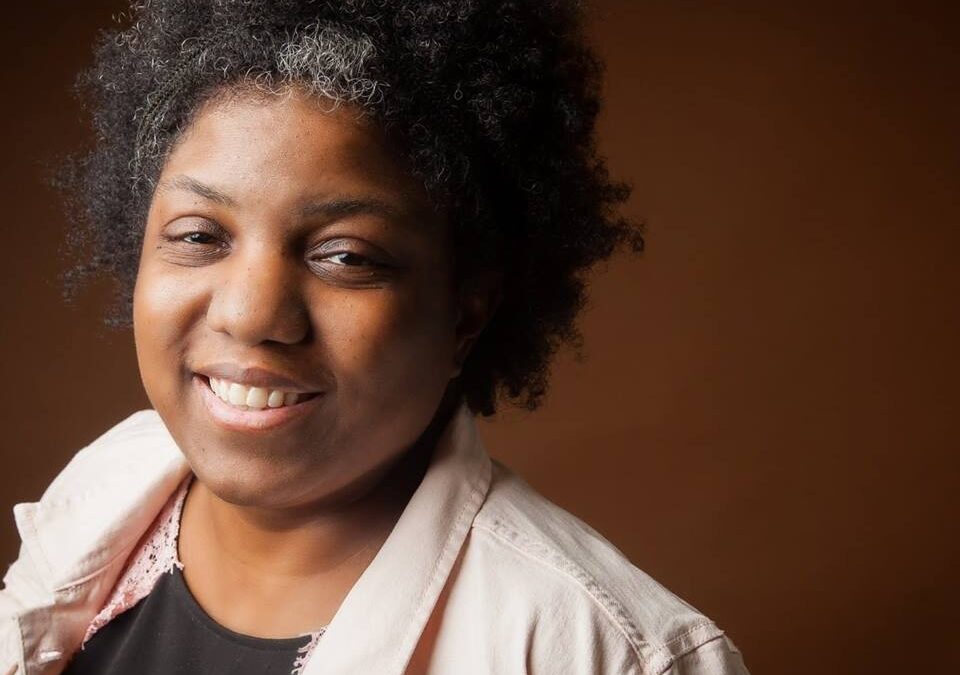 SHE Fellow Aiesha D. Little recently spoke with author/artist Sarah A. Macklin about her upcoming sword & soul novel, The Royal Heretic, which drops on July 2. They discussed her future plans, her favorite authors and following your dreams.

Little: Tell us about yourself.
Macklin: I’m a writer, artist, and seamstress who was born and raised in Blythewood, South Carolina. I’ve been drawing as long as I can remember and writing for almost as long. I live with my husband and two daughters.

Little: Who are your favorite speculative fiction creators and why?
Macklin: Rebecca Roanhorse for her absorbing plots and characters. N. K. Jemisin for her unusual worlds. P. Djeli Clark for his incredible world-building.

Little: What got you interested in science fiction/fantasy?
Macklin: The first movie I can remember seeing in the theaters was Return of the Jedi. Then, later, my father made me and my brother watch Star Trek: The Next Generation when it debuted (he was an original trekkie), so you could say that it was inevitable for me to love sci-fi and fantasy.

Little: Give us a short synopsis of your book.
Macklin: Bakari is the netkoleh, the ruler and avatar of his people’s gods. When his son dies, he feels it’s because the gods not only failed him, but were never there in the first place. He decrees that all religion in his empire is to be abolished but many will rebel against the command, even to the point of beginning a civil war.

Little: Interesting! How did you come up with the concept?
Macklin: I have always been very interested in the era of ancient Egypt when they switched suddenly from polytheism to monotheism. It was interesting to learn of the chaos caused by countless priests being unemployed and an entire country having to shift their way of life because of the “vision” of one man.

Little: What were you trying to accomplish with the book?
Macklin: I’ve always wanted to write a sweeping war fantasy, but there needed to more of them set in an African-inspired setting instead of Europe… again.

Little: What do you hope readers get out of your book?
Macklin: I hope they get a rousing tale first and foremost. Then, I hope that they can see the possibilities of more African-inspired sci-fi/fantasy. There is a lot out there, but there is always room for more.

Little: What are your writer goals for 2020?
Macklin: Finish my current work in progress and hopefully get an agent out of it. And maybe I’ll have time to work on some shorter pieces.

Little: Is there anything else you’d like our readers to know?
Macklin: Don’t stop working toward your dreams. As long as you’re breathing, you have time to reach them.

Check out Macklin’s art at sarahamacklin.com. You can reach the first three chapters of The Royal Heretic here.

A version of this interview first appeared on the Midwest Black Speculative Fiction Alliance blog earlier this month.