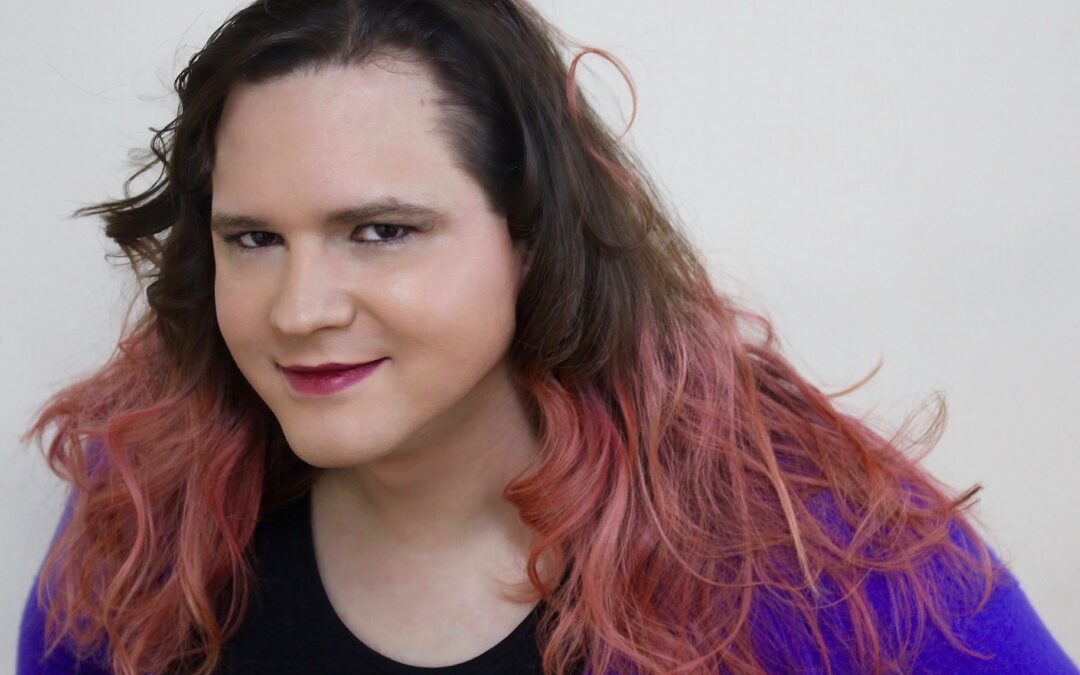 Despite the fact that we’re still in the middle of a pandemic, playwright Ashley Lauren Rogers is finding ways to stay busy. SHE Fellow Aiesha D. Little caught up with her as she prepared for a virtual version of her stage combat/wrestling show SCOWL: Self Isolation Devastation on June 27, which will feature sketches, monologues and matches.

Little: Tell us a little about yourself.
Rogers: I’m a playwright, stage combat performer, and trans/non-binary activist based out of Brooklyn, New York.

Little: How did you get into writing plays?
Rogers: I started writing plays through my high school in Chelmsford, Mass. I don’t know if they still do this but they used to have a “children’s play,” as part of the school. Typically, it was one standard (non-musical) play, one musical, one competition play, and then the children’s play. This was supposed to be for kids but the entire thing was written and directed by students (with a faculty advisor) and was an excuse to include as many students as possible. So I got to work on multiple smaller scenes without having to worry about how it was going to be staged and I’d get to act in my own scenes.

Little: Who are your favorite writers and why?
Rogers: When it comes to theatre/playwriting my absolute favorite writer is Gina Femia. She writes beautifully human, funny plays, which are so beautiful and equally amazing and impactful to pick up and read as they are to see them performed. I also LOVE the work of Qui Nguyen. Qui’s plays are highly theatrical and usually (but not always) offer a lot of opportunities for physical action/fight choreography. In general though I grew up on Steven King, N.K. Jemisin will always be one of my favorite writers. The work of Margaret Killjoy, and the plays of Liz Morgan, Alisha Espinosa, and Nelson Diaz-Marcano are all works that are speaking to me as of late.

Little: What got you interested in staging wrestling matches?
Rogers: Training in stage combat and training to become a professional wrestler are VERY different, but there is a lot one can learn to help inform the other. That said, I had been learning and working up stage combat-oriented pieces ever since college. So I wrote a play called The Last Ring, which is a play all about a trans Japanese pro wrestler in a ladder match, but we still haven’t been able to stage that show because a ladder match is very dangerous, and complicated, and complex physically. Because I’m used to the idea of needing to produce my own work I said, “I need to find a way to workshop all of these complicated fight stuff so we can use stage combat within this match safely if I’m going to have to produce it myself.

Little: How did you come up with the concept for SCOWL?
Rogers: I needed a way to workshop moves and maneuvers, and do them safely. I figured the best way to do so would be to work with a lot of people so we can spread out the potential risk, and tell new and interesting stories where the action was the focus. So for me as a long-time wrestling fan (I grew up watching Kane, Lex Luger, and the One-Two-Three Kid, and still watch WWE and now AEW, Impact!, and occasionally the NWA), it only made sense to figure out the story-telling device they were using. Flamboyant, over-the-top characters clashing, with a referee keeping them in check, and the crowd itself being a character which can enact change to me as a theatre artist is SO COOL! So we pull inspiration from Professional Wrestling tropes and rules adapted for a stage instead of a wrestling ring.

Little: What are you trying to accomplish with the project?
Rogers: There are two major factors that fuel SCOWL: uplifting stage combat as a storytelling medium and to have a focus on trans and non-binary performers. For me, as a non-binary trans woman, most people expect me to want to sing and dance and… stuff? And no disrespect to my other femme TGNC family but I’m not a singer or a dancer. In SCOWL, everyone fights everyone. The SCOWL Heavyweight Title is meant to be a sign of the greatest fighter in the SCOWL universe. Not the greatest male fighter, not the greatest, female fighter, not the greatest non-binary fighter but the greatest fighter on the roster. Because there’s a trust we build up with one another and because we are working with some of the best fight directors in the city (often times, we work with Nathan Louis Oesterle), we can continue to use combat and pro wrestling storytelling to explore the role gender as a concept plays in combat sports, everyday society, and in pro wrestling itself.

Little: What do you hope attendees/audience members get out of it?
Rogers: In a word? Fun. I want even the most shy person in the crowd to be so moved by what they see and the people around them getting into the action that they have to stand up and cheer for the heroic babyface and boo the wicked heel! Obviously, each show has its own themes and messages that I want people to walk away thinking about but… moreso than any of my other projects I want people to leave the theatre feeling like they had an absolute blast!

Little: What are your goals for 2020?
Rogers: Before I say how I really feel about 2020 I will say we had been rehearsing SCOWL: Laddermageddon, a full-length show at The Tank for a month prior to self isolation and as a result we had to postpone that show. We are looking at five matches, and multiple other sketches we paid money to rent a rehearsal room to develop, rehearse, rehearse and REHEARSE. We even had a four-person ladder match worked up. All that is just the rehearsal process and doesn’t account for the months work my co-producers, Zeynep and Jess, my director, Nathan, and my favorite fight partner and person I bounce ideas off of, Rachel, put in with me just to get to the rehearsal process. We are planning to get together once theatre starts up again but we don’t know when that will be. And we don’t know when people will feel safe being around other people anyways so that said, my goals for 2020 are legit to survive.

Little: This year has been something else, hasn’t it?
Rogers: We are six months into 2020 and I feel like I don’t need to remind people what’s been going on but just to say it: black lives matter, trans women are women, trans men are men, non-binary folks are non-binary, and if you’re outside, wear a damn mask.