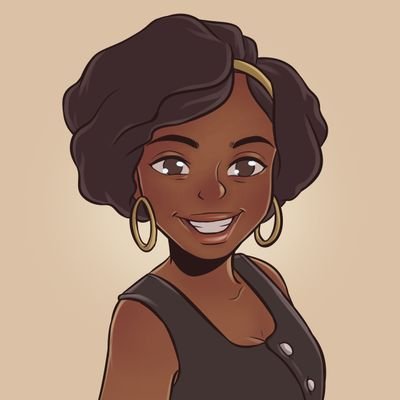 We recently spoke with Aziza the Graphic Novelist about her first comic, the horror tale, The Kaaiman’s Cry! The newbie comics creator told us about how she learned the art and her future goals. The Kaaiman’s Cry is currently available to download for free on WebToons, itch.io and comiXology.

SHE: Tell us a little about yourself.
Aziza: I’m a 35-year-old blerd that loves video games, anime, cosplay, and philanthropy.

SHE: How did you get into comics writing?
Aziza: In general, I feel like visual media tends to be more engaging. Originally, I started researching how to create my own video game.  However, the more I studied the more I realized that the barriers to entry were way too high and would’ve involved me learning skills that I don’t think I would’ve enjoyed learning.  On the other hand, I’ve always loved writing. And once I started studying on how comics were made, I realized that most of the skills that are required to self publish a comic are skills that I enjoy, want to improve, or do well.  So I decided on comics as the medium to tell my stories.

SHE: Give us a short synopsis of your comic.
Aziza: A story of mythology and technology, The Kaaiman’s Cry is a modern-day tale about a 25-year-old woman named Anto who just recently started a new job and is trying hard to fit in. Thinking that being caught up on the latest TV shows will give her a way to connect with her coworkers, she accepts the gift of a free TV. However, strange images and haunting voices soon begin to invade her house. And Anto soon finds out that accepting this gift is a decision that could cost her, her very life.

SHE: How did you come up with the concept?
Aziza: I have a very active imagination so the idea that sparked the whole story may seem kind of odd at first.  Like most people, I work a typical 9-to-5 job in order to keep a roof over my head and finance the hobbies and activities I enjoy. Throughout my day I’ll make to do lists of things I need to accomplish when I get home. However, night after night, I would return home only to sit on the couch and lounge my evening away. It happened so often that I started joking that my couch was a siren that used songs of rest and irresponsibility to lure me to its soft cushions and distract me from all my responsibilities and extracurricular pursuits.

So once I decided to build a comic portfolio, I thought that this concept would make for a fun piece.  By writing this as a short story, I could become more familiar with the comic writing and self-publishing process while at the same time making a story that had relatable themes. Initially, the story’s main villain was going to be a siren.  However, I feel like Greek mythology is overly referenced.  As such I began researching cryptids that existed in Africa and discovered the kaaiman. The kaaiman mythology hails from South Africa and is an evil mermaid creature that uses a variety of abilities to capture its prey. After a bit more research, I began writing my story and the rest, as they say, is history.

SHE: What were you trying to accomplish with the book?
Aziza: I had several goals really. I feel like it’s rare to see POCs in horror and more often than not when we are featured we’re secondary characters included for token sake or to be killed off. Hence, my initial goal was pretty straight forward, I wanted to write a horror story, where the main character was a Black woman. Secondly, I wanted to get real world experience and start building my comic portfolio.  I have a bigger, much larger story that I’m working on.  However, I wanted to become more familiar with the comic making process and thought that writing and publishing one-shot pieces was a good place to start. Last but not least, I wanted to feature mythology from somewhere other than Greece or Egypt.  I personally would love to read more books and see more movies/shows that depict stories from different cultures and backgrounds so I made the active decision to be the change I wanted to see in the world.

SHE: What do you hope readers get out of your book?
Aziza: First and foremost, I hope readers are entertained. However, I also hope readers realize that Black women can be the star of the story. In addition, our stories, adventures, and experiences can revolve around topics that aren’t rooted in our oppression or abuse and still have themes that are relatable.

SHE: What are your goals for the rest of the year?
Aziza: Finding the motivation to write new stories has been difficult. However, I still have several things I want to achieve this year.  For starters, I have a one-shot fantasy piece, The Locket of Devise, which I hope to publish this year.  In addition, completing and posting The Kaaiman’s Cry is only part one of the self-publishing process.  Part two is creating ads, buzz, and engagement surrounding the book as well as building a social media platform so that I can connect with fans and other creatives out there. So I’m currently crafting a weekly social media schedule that will include a variety of content including concept art and fan animations for The Kaaiman’s Cry as well as posts with tips, tricks, lessons, and advice for comic creators.

SHE: Is there anything else you’d like our readers to know?
Aziza: If you like what you’ve read, are interested in staying up to date on my work, or just in general want to connect over comics, you can come find me on Facebook at www.facebook.com/AzizaTGN.