“Nobody’s Asian in the Movies”: Confessions on the Strange Reality of Self Representation 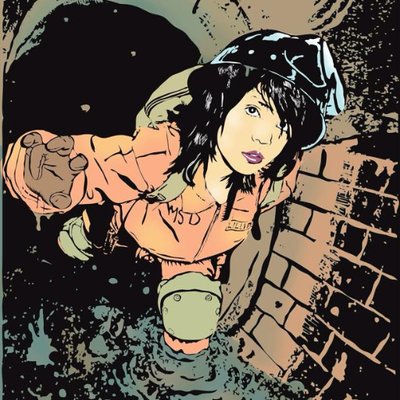 Xu V. Chau serves as the model for the lead character in MeSseD, a comic book about a Filipino sewer worker named Lilliput, who unclogs sewer lines while fighting monsters. We’re sharing the post Chau wrote about Asian representation in entertainment for the MeSseD blog a few months back.

Representation. The lack of it and the over-saturation of it brings to question who gets to experience their full humanity on the television screen on any given weekend, determines who are the movers and shakers in the world and who gets to move the dial of cultures and societies forward.

Confession time: being a small minority woman living in the American imagination means someday I get real starved for representation, that I feel myself experiencing the strangest affinity towards random side characters in Hollywood films- laundry attendant no.1 or a Kung Fu master in the latest east meets west style superhero film.

I could talk endlessly about all the reasons why representation is a worthwhile endeavor. But one side of the conversation I never thought I’d find myself on is the responsibility that comes with self representation.

Being the model for an Asian American protagonist of an indie comic written by an Asian American man living in the Midwest is single-handedly the coolest project I’ve ever been a part of. And there is a lot of truth to that cliched phrase: with great powers comes great responsibility. And the ability to write your own story and speak it into reality is a superpower all on its own.

The post first appeared on the MeSseD blog in April 2020.

You can now get the first two issues of MeSseD on WEBTOON: