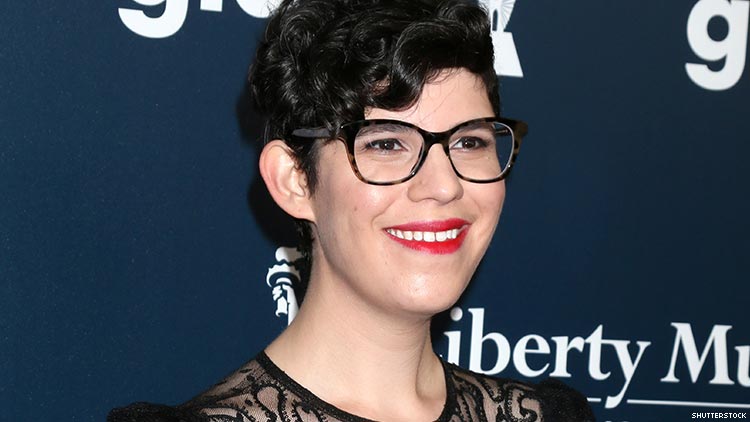 Every Friday in June, we’re honoring Pride Month by featuring a member of the LGBTQ community. Next up: animator/director/producer Rebecca Sugar! Creator of the wildly popular Cartoon Network show Steven Universe, Sugar came out as bisexual during San Diego Comic-Con International in 2016 and she came out as non-binary in 2018. Sugar is known for creating storylines that put LGBTQ representation at the forefront of her animation to normalize queer characters in children’s entertainment. “We need to let children know that they belong in this world,” she told Entertainment Weekly. “You can’t wait to tell them that until after they grow up or the damage will be done. You have to tell them while they’re still children that they deserve love and that they deserve support and that people will be excited to hear their story.” In 2018, Steven Universe made history when it aired the first same-sex marriage proposal for the medium. The show won the 2019 GLAAD Media Award for Outstanding Kids & Family Program.