“You speak of destiny as if it were fixed”; or, you speak of excitement because the release date for His Dark Materials is fixed 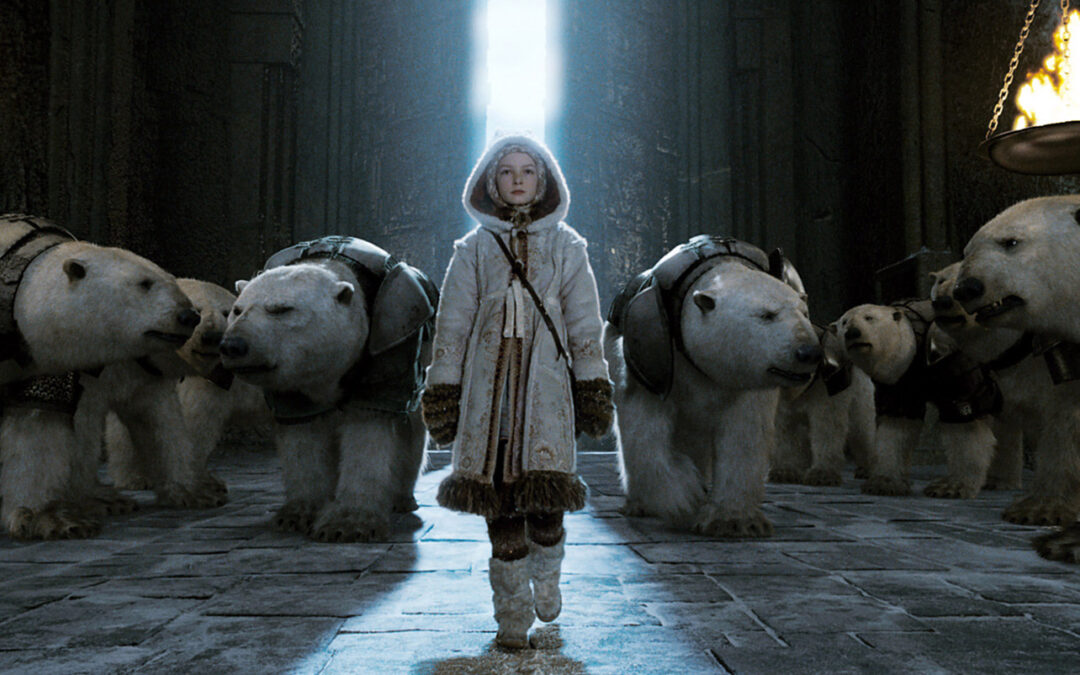 In my younger years, I happily gobbled up any fantasy title I could find. There was a shelf of fantastic worlds, talking beasts, princesses, all with their own catalog of archetypes to discover and explore. Surprisingly enough, I didn’t touch C.S. Lewis’ Chronicles of Narnia until I was somewhat beyond high school. (Though I had first devoured Tolkien, thanks in large part to the hype surrounding the movie and my brief stint as an associate at Berean Christian Store, Lewis had remained aloof.) I’m sure you’re familiar: precocious young lady leads her siblings through a wardrobe which turns into a magical land filled with talking animals stuck in a 100 year “always winter never Christmas” cycle. There’s betrayal, catharsis, and Lions.

I love Chronicles. Philip Pullman does not. That’s okay because the world he imagined as its counterpoint is absolutely delicious.

The New Yorker describes his response to the land of supposals and mythopoeia perpetuated by the Inklings (Tolkien, Lewis, and a host of other Modern era writers) as “antipathy” … so that’s where I want to start talking about His Dark Materials. This series of books – so named for a quotation from “Paradise Lost” – are a secular take on the fantasy genre. It takes place in an Oxford, England that is ruled by competing colleges and presided over by a moral authority called the Magisterium. Within this framework, we find that people are waltzing about with visual representations of their souls (known as daemons) and that the daemons of children can shapeshift until they “settle” at a certain age. This knowledge – or this wonder – feeds a particle known as Dust. The Magisterium is absolutely set against Dust. The colleges support a man named Lord Asriel, who wants to study and understand it better.

And within the roiling ideology of Dust, knowledge, and religiosity, we meet Lyra Belacqua. This young woman with a prophecy must manage all of these countervailing winds and does so with a cast of characters like: a fighting polar bear, a cowboy aeronaut, a witch, a best friend, and more. (Trying not to give away the farm is so hard because I want to talk at length about specific details but you haven’t seen the series yet!) Suffice it to say that Lyra is a unique heroine; she is a practiced liar, she is half wild, curious, unkind, and loyal. Within the genre of fantasy literature, she stands on a different plane all whilst cuddled against an ice bear and flying through the air on a zeppelin. Lyra doesn’t require saving very much. She uses her mind, she reads the world around her as text and deciphers meaning, she trusts her gut and keeps her objectives at the forefront of her mind. Lyra is the hero we need in 2019 — she’s rowdy, prepared for a scrap, and tries to keep her promises.

And in swoops HBO …

I am excited by HBO’s cast of characters; particularly in their casting of Lyra as well as Marisa Coulter. Dafne Keen (Lyra) proved that she could handle gravitas and a little lighthearted whimsy in Logan. Ruth Wilson, of Luther, plays a fascinating and indescribable character in Mrs. Coulter. She is both villain and savior. Much of the plot revolves around the relationship between these two women and how the forces of Dust – nothing less than free will – continue to influence them. Pullman further manages to turn hero and villain archetype on its ear, offering us an alternate to the heroes and villains we know so well. There are no truly “good guys” in His Dark Materials (though I would happily argue Lee Scoresby comes close to the best hearted of all) and no truly “bad guys” beyond the authority of the Magisterium. This ultimately makes the books – and the upcoming HBO series – a voice for independence, rebellion, and self-fulfillment.

Just wait. You’re going to want to watch. And you can on November 3rd.