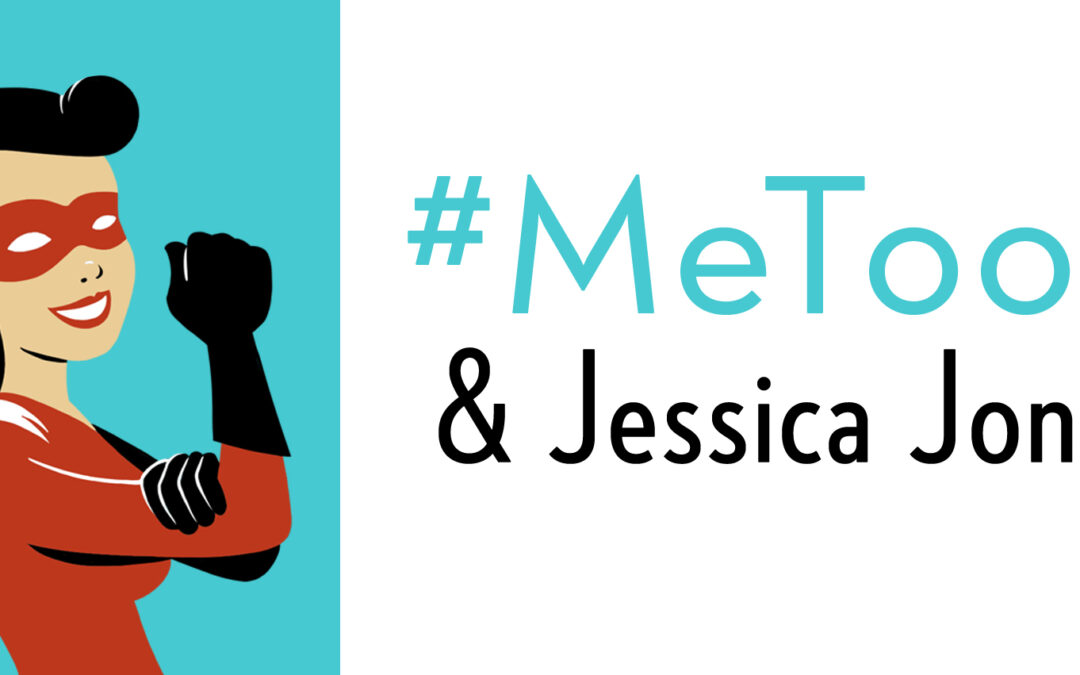 This post is a special collaboration between Melody Meiners, Carolyn Noe, and Whitney Salee Risner.

Last night (International Women’s Day) marked the release of Netflix’s landmark show, Jessica Jones Season Two. The central lines of Season One were around Jones, brilliantly portrayed by Krysten Ritter, as she dealt with the fallout, recovery, and the reemergence of her captor, Kilgrave, in a bone-chilling portrayal by David Tennant. As we celebrate the Season Two release, Super Heroines, Etc. is featuring a series on the #MeToo movement and pop-culture characters we love.

Our goal is to spark discussions by offering a unique look at stories and characters people might see themselves in and to provide resources and guides for talking about and healing from assault and harassment in its many forms. In the final installment of this series, we focus on Jessica’s story in Season One. 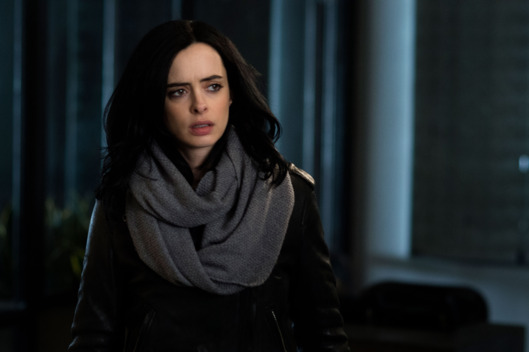 In Jessica Jones Season One, Jones is working as a Private Investigator, often freelancing for Jeri Hogarth, a high-powered attorney played by Carrie-Ann Moss. It’s made clear from the beginning that Jessica by no means has her life together. She drinks to excess and has flashbacks and hallucinations at inconvenient moments. Over the course of the first episode, Jessica’s backstory is slowly revealed to show that a man named Kilgrave used his powers to mind-control Jones then torture and rape her. Jones finally breaks through his control after Kilgrave forces her to commit murder.

The core of Season One is Jessica dealing with her trauma while also handling Kilgrave’s sudden re-emergence in her life. In many other depictions of rape, sexual assault, or harassment, the story often is told from the perpetrator’s perspective, but not in Jessica Jones. The series does a great job of finally telling a victim’s story from a victim’s perspective.

Jessica Did Not Consent

One important theme from Season One is consent. When Kilgrave kidnapped Jessica, he used his powers to force Jessica to do whatever he wanted and while what Kilgrave does to Jones is supernatural, sexual abusers use drugs and other forms of manipulation to force victims. There are many parallels between Jessica’s story and the story of sexual assault victims everywhere.

Planned Parenthood defines consent as “actively agreeing to be sexual with someone. Consent lets someone know that sex is wanted. Sexual activity without consent is rape or sexual assault.” What’s clear in the series is that Jessica never consented to anything Kilgrave forced on or of her. In S01/E08, Jessica confronts Kilgrave:

Kilgrave: “I didn’t have this—a home, loving parents, a family.”
Jessica: “You blame bad parenting? My parents died. You don’t see me raping everyone.”
Kilgrave: “I hate that word.”
—Jessica Jones 1×08 “AKA WWJD?”

What’s most disturbing about this is that Kilgrave claims to not even know when he is using his powers and when people just want to do things for him. To him, he doesn’t see the assault as rape because he’s not certain Jones did not consent. While we the audience know to call this rape, Kilgrave’s perspective is in-line with a study that shows men are comfortable with the act of rape, but not comfortable with the word rape. His misunderstanding of consent is also consistent with a study that shows some men confuse sexual interest with consent.

In another scene, Kilgrave argues that he didn’t commit rape because he took her to fancy hotels and restaurants as you can see in the clip below. This kind of “reasoning” is often used by domestic abusers as explored in the next section.

The show does not hold back when showing the abuse that Jessica endures from Kilgrave. Kilgrave gets into his victim’s head with special powers, but abusers have their own way of gaining power over their victims. Abuse in relationships differs and can present differently in every relationship, but abusers in relationships may share a variety of isolation tactics, emotional build-ups and tear-downs, and even physical strength to control others. Even without Kilgrave’s supernatural power to mentally control his victims, he uses the same abuse patterns. Through the series of flashbacks throughout the show we can see that Kilgrave starts the ‘relationship’ with Jessica by building her up, then begins to isolate her from her only family (Trish). Once isolated, he begins to use his power to demand more from her.

We see the beginning of Kilgrave’s period of control over Jessica in S01/E05 “AKA The Sandwich Saved Me” after Kilgrave witnesses her fighting off muggers as he is walking down the street with two women. Once he sees Jessica in action he approaches her and begins to compliment her on her actions. He tells Jessica that she is amazing and ‘performing feats of heroism’. After he has garnered some small trust with Jessica he begins peppering his compliments with comments that tear her down: ‘Jesus you are a vision, hair, skin, an appalling sense of fashion, but that can be remedied’. Relationship abuse often begins with compliments to build up the emotional state of the other person, and then the abuser begins to tear them down.

The viewers witness that once under Kilgrave’s control, Jessica distances herself from her best friend Trish. This allows Kilgrave to hold on to Jessica more by making him the only thing she has left. Abusers follow the same pattern of isolation. They make themselves the whole world and sole member of the victim’s world. By isolating the abused, the victims feel that they cannot leave the situation. 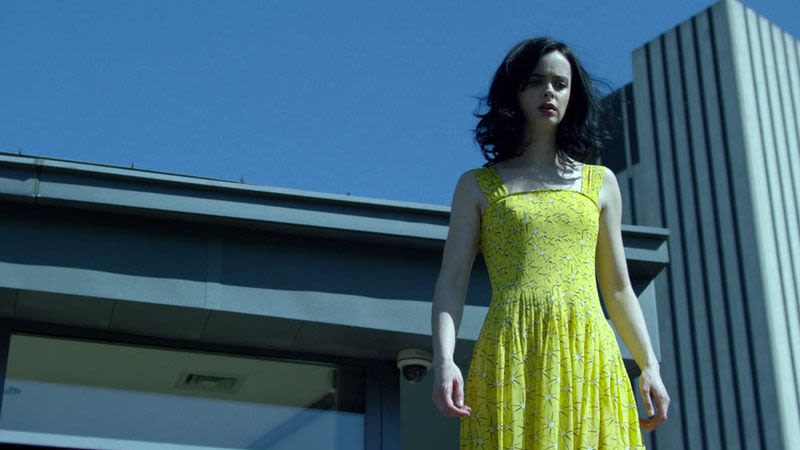 In S01/E10 “AKA 1,000 Cuts”, we learn that Kilgrave once gave Jessica 18 seconds of freedom from his mental control, and she contemplates escaping. As with most abusive relationships, it can take time for the victim to get their abuser’s voice out of their head and allow them to think for themselves. You see that happen with Jessica in this scene; yes, she has a momentary reprieve from the active control, but Kilgrave’s voice is still the loudest. Jessica explains it like ‘prying fungus from a window’; it takes time to be clear of the effects. After the 18 seconds has ended, Kilgrave begins attempts to re-control Jessica, but she is not responding to his power as fast as he would like. When Kilgrave finally overpowers her, he goes a step further by using his power to force Jessica to take a knife to herself. Once he thinks that Jessica has had enough punishment for resisting him, he allows Jessica to stop hurting herself and soothes her by stating that ‘it’s alright, I am here’. This behaviour follows a pattern of escalating physical abuse, and making the victim feel that the abuse was their own fault. 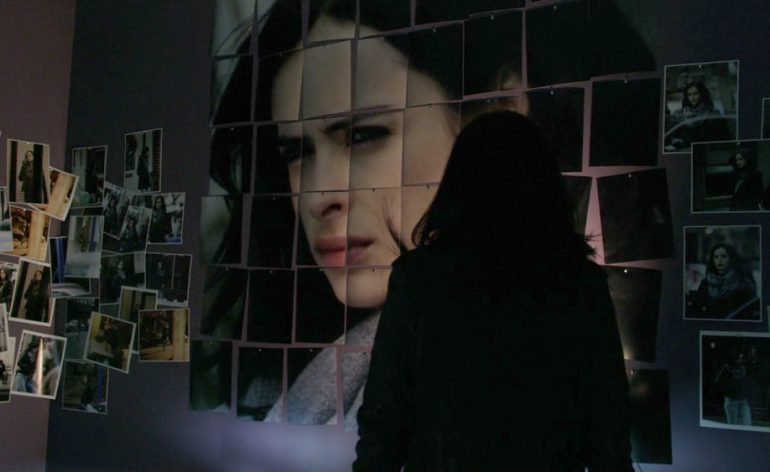 By the show’s start, Kilgrave’s complete domination of Jessica’s mind is in the past, but we find out that he still tries to exert his influence over her by stalking her and refusing to leave her alone. She finds a room full of photos of her in Kilgrave’s residence (S01/E03 “AKA it’s Called Whiskey”), and we discover that Kilgrave has been using both drugs and his power to force her neighbor into spying on her and taking the photographs (S01/E04 “AKA 99 friends”). Kilgrave’s only goal is to get Jessica back and he will hurt anyone and do everything that needs to be done to do it. The viewers see a glimpse of this in S01/E06 “AKA You’re a Winner” when Kilgrave uses his mind control to win a high-stakes poker game, ultimately forcing a player to gruesomely hurt himself. You then see Kilgrave manipulate everyone he needs to use this money to purchase Jessica’s childhood home and make it look exactly as it did when she was growing up. This type of manipulation and stalking is seen with abusers when they lose the person that they are trying to control; they will try to control the situation and everything around the victim until they can get to them. This behavior can lead to the fear that victims have when leaving, or even thinking about leaving, their abuser.

Throughout the entire series we watch Jessica use various coping methods to regain her own voice in her head and keep Kilgrave’s influence out. Every episode is a testament to survivors of abuse. We witness every step of Jessica’s healing. From using a coping mantra, to rebuilding her relationship with Trish, to forming new relationships, to Jessica standing up to her abuser. Jessica even recognizes the symptoms of abuse in other victims of Kilgrave and starts a support group for them. This series does not just show an amazing female hero, it shows the real-life recovery of victims of abuse.

Its On Us
If you’ve experienced sexual assault and need crisis support, please call National Sexual Assault Hotline at 1-800-656-HOPE (4673) or visit their 24/7 chat HERE.