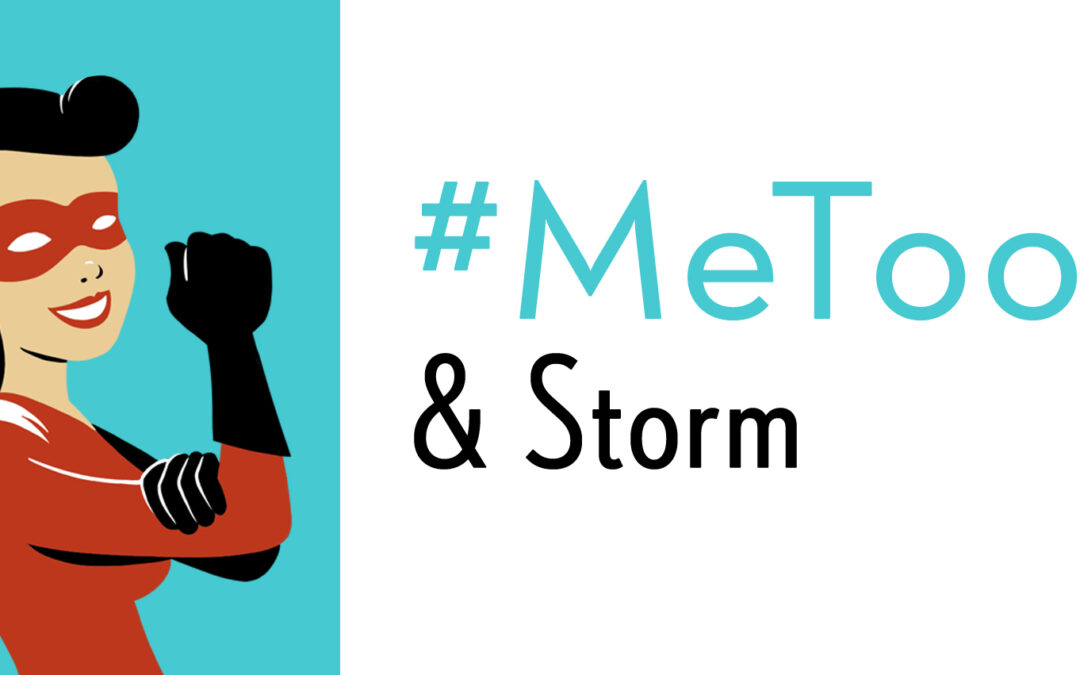 Friday, March 9, 2018, marks the release of season two of Netflix’s landmark show, Jessica Jones. The central storylines of Season One focus on the titular character Jones, brilliantly portrayed by Krysten Ritter, as she dealt with the fallout, recovery, and the reemergence of her captor, Kilgrave, in a bone-chilling portrayal by David Tennant. As we count down the days to the Season Two release, Super Heroines, Etc. is featuring a series on the #MeToo movement and pop-culture characters we love.

Our goal is to spark discussions by offering a unique look at stories and characters people might see themselves in and to provide resources and guides for talking about and healing from assault and harassment in its many forms. For this installment, we will look at Storm’s experiences with harassment.

Storm (Ororo Munroe) is a strong heroine, not only in her power, but in her character and leadership. Storm has been the leader of the X-Men team many times through the years, once even when she beat Cyclops while she was depowered. She leads the team with class, forethought, and levelheadedness. However, even with all her mental and physical strength and power, it does not change the fact that as a woman walking down the street Storm is subjected to the same harassment as everyday women.

Storm is a woman on a mission, as she tries to track down mob bosses that are also looking for her friend (and fellow X-Man) Logan.  Storm locates a couple mob bosses responsible for distributing wanted posters of Logan and questions them. The mobsters proceed to explain that Logan is robbing their illegal casinos, and they show surveillance footage of once such robbery to Storm. As she is watching the video in disbelief that this is really Logan, they attempt to shoot her. In response, Storm rapidly increases the air pressure inside the room until explosive decompression blows up the building. As Storm fulfills the rock-star dream of walking away from an explosion without looking back, a man on the street inappropriately yells at Storm and asks for a date. Storm responds with a one-line quip that is all Storm. 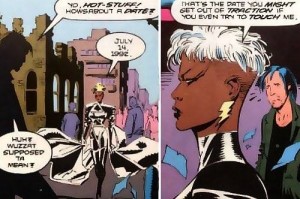 Storm is walking down the street to pick Kitty up from dance class. A man that she had previously rejected hollers at Storm and follows her down the street until he catches up to her. Even though Storm had already said ‘no’ to the stranger, he still pushes her to go out with him. Once he catches up to her he uses his arm to block her path. Storm responds to him, stating that her answer has not changed, and she asks him why he would not take ‘no’ for an answer. When he keeps trying to push for a date, Storm creates a personal rainstorm over him to get him to unblock her path so she can leave. 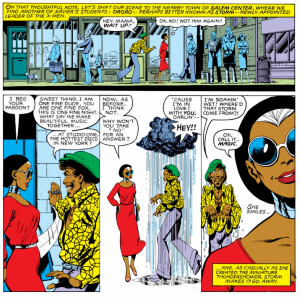 Storm is walking by a room where a woman is being physically, and likely soon-to-be sexually, assaulted. Storm interrupts the situation and when she is threatened, she begins to fight the three men involved. She wins the battle with the assailants and runs them out of the area. Despite losing her powers in a previous storyline, Storm still gets involved to protect the woman. 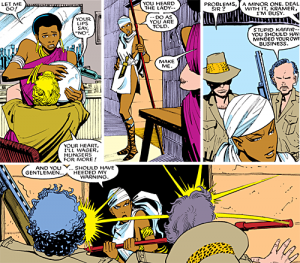 You Are Not Alone

Stop Street Harassment joined with research company GfK to perform a 2,000-person (1,000 women and 1,000 men) diverse study. The findings of the study concluded that “Sixty-five percent of women reported experiencing at least one type of street harassment in their lifetimes. More than half (57%) of all women had experienced verbal harassment, and 41% of all women had experienced physically aggressive forms, including sexual touching (23%), following (20%), flashing (14%), and being forced to do something sexual (9%). For men, 25% experienced street harassment, too, including 18% who experienced verbal harassment and 16% who experienced physically aggressive forms. More men who identified as LGBT experienced harassment than men who identified as heterosexual.” The full study can be found here. The #MeToo movement is bringing harassment experiences and the conversation to the forefront.

When experiencing street harassment, the right response to the situation is personal. All of Storm’s responses are right for her and the situation. There are many ways to handle the situations provided above, and Storm responded to them in a way that made her feel safe. You do not need to have special powers to stand up for yourself and others as long as you likewise are comfortable with the response and stay safe. How you choose to respond to situations of street harassment and assault, verbal or physical, is your decision, but there are resources out there to help you.

How to respond to Harassers:

Meet Us On the Street tools and fliers on Harassment: