A Reluctantly Negative Review of Rogue One

I didn’t want to write this. I’m a lifelong Star Wars fan and, I’ve spent countless hours in the world that Lucas built. As a kid, I had the toys, clothes, and imaginary force powers (“my room IS clean”).  I’ve read the books, played the video games, and seen every re-release, television show, and prequel. All told, there is only a smattering of books, and one television show I’ve not seen… 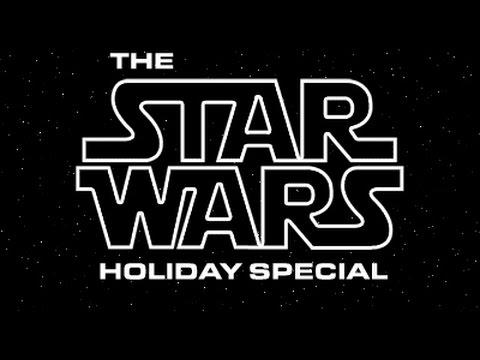 That said, I’m not a purist, I love the world, even when it’s campy and imperfect.

That’s why I was so excited when the new films were announced, and I audibly squeed when that signature yellow screen crawl opened Force Awakens. In moments, I was swept away. That’s what I want from Star Wars – not art, but transportation.

Still Force Awakens had some glaring flaws, so I was really excited for Rogue One.  The lead seemed Solo-esque, the story seemed Vadery, and we’d finally learn why a big plot hole existed in the Empire’s giant death ray. With no other films to set up, it could also avoid the issues that plagued Force Awakens.  I wanted to love it…

Now lower your lightsabers. I didn’t hate it, but it didn’t do what a Star Wars film should do. Instead of transporting me, this film dragged me, and it pulled me through a film that was very different than advertised.

This film and Force Awakens suffer from the worst diseases of modern Hollywood: writing by committee and editing by focus group. The result is a clunky film that was reshot and pasted together. At least in Force Awakens we’ll have more movies to fill in the blanks. Since Rogue One is a self-contained story, it doesn’t get the same pass. It’s supposed to nestle into the space between trilogies, and even though it has a good place to sit, it never gets comfortable. The film fidgets, bouncing from scene to scene. One of my favorite writing teachers says “never write so that the audience can hear the keys clicking.” Here, they don’t click; they pound with a plot that is over-explained in some parts and missing in others.

Okay, if you haven’t seen the film, go away….

Rogue One opens with our heroine, Rey…I mean Jyn. Yet another orphan fending for herself. It seems the Rebellion attracts orphans like a depression-era musical or well…

We then fast forward to an older, more marketable version of Jyn in a cell. In minutes, she’s broken out and recruited into the Rebellion, or asked to rejoin… this part seems unclear. Jyn’s motivation is pretty shaky.  While wanting to be reunited with her father seems reasonable, her later conversion to the after the rebellion essentially assassinates him seems downright odd.  She goes from “eff your stupid Rebellion” to “Rebellions are built on hope.” Also, because her sassiness was removed in the editing process, we never get a sense of her. The self-sure “I rebel” line was cut along with her distinctiveness.

The supporting cast is as poorly developed as the first night of a table-top RPG campaign.  The obligatory mix of bruiser, droid, ethnic mystic, comic relief, and love interest felt forced (just like that pun). The greatest chemistry comes from Donnie Yen’s Chirrut Îmwe and Wen Jiang’s Baze Malbus (which is an anagram for amazeballs you’ll never un-see).  While this film certainly makes strides in the area of representation, it’s awful dude heavy. Jyn’s only potential gal pal is Mon Mothma who primarily stands behind her giant space roulette wheel and makes copious eye contact.

This poor development makes everything less compelling. The saddest moment for me comes not from their ultimate sacrifice, or the IT nightmare of having to run cable in a firefight, but of the sacrifice of Alan Tudyk’s K2-SO.

Then there are the bizarre bits. Why is Darth Vader still on Mustafar, hanging out in Dr. Evil’s lava cave? Why isn’t Vader routinely force probing the elder Erso? Why is Saw Guerra a character?  Why is top secret data only obtainable through expertise in The Claw game from Toy Story?

Last up, the CGI characters. Much has already been written, so I won’t belabor the point. I think this choice really illustrates the film’s biggest issue: it’s lazy. It makes sense that Tarkin and Leia should be present, but digital recreations are unnecessary. Tarkin, who has a significant role, could have been recast.  Last I checked there’s no dirth of either older white men or makeup in Hollywood. As for Leia’s brief appearance, a profile shot of another actress would have been more moving. Her hooded silhouette is so recognizable, the audience could easily make the leap. Add in a voice over and boom, creepy uncanny valley avoided. Instead, we are spoon fed these recreations that makes the film feel like a video game cut scene.

This is still Star Wars. The last half of the film is flat thrilling. We feel the beginning of A New Hope approaching as the starships move into place. Vader’s appearance in the final scene is awe inspiring, and the passing of the plans from person to person took my breath away; just as it should.  If it excels at anything, it’s in enhancing A New Hope and creating a bridge between the polished Old Republic and the gritty Empire.

But sadly, the film has more flaws than merits. As a die hard fan, the franchise will not lose me over Rogue One, but I do feel a little cheated, still I hold out…….hope.

Latest posts by lisamariepavia (see all)